The Atten 858D Hot Air Rework Station is a very handy tool. Until now I have only used it for removing some SMT components and for heat shrink tubing. Check the EEVblog for an in depth review of the Atten 858D.

Like any cheap Chinese gear, you should open it before turning it on to make sure it is electrically safe. My unit did have a grounded heat element, but the case was not grounded. This was easily remedied by sanding down the paint on the inside of the case around the mounting holes of the transformer and then making an additional connection between the ground pin of the mains input and one of the mounting screws of the transformer. A quick continuity check confirmed this hack was a success.

This Atten hot air rework station has a very nice feature: when you put the element in the stand, the heating element turns off and the nozzle keeps blowing until the temperature drops below 100°C. Although I regularly knocked the handset down because my rework station was on the front of my desk, I hesitated to put it more in the back. The backdrop of my workspace is a wooden panel and it would not withstand the initial heat escaping from the rework station… 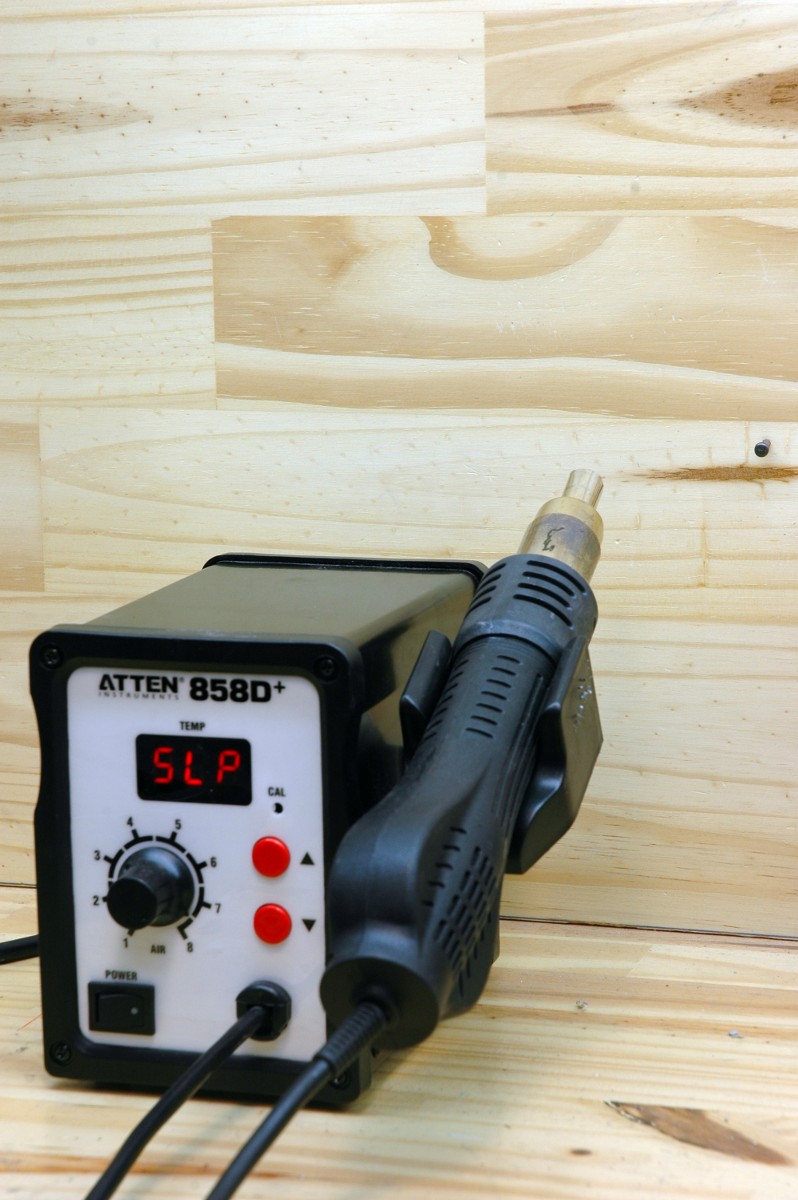 During my bimonthly desk cleaning session (or whenever my desk is just so stuffed I can not put any new stuff on it), I literally bumped into my Atten hot air rework station again. I thought I could move it more to the back if I had something to prevent the hot air burning into the wood of the backsplash. Rummaging through my “metal stuff” bin I found a big RF shielding can I took from an old Motorola cable modem. Five minutes later, after some drilling and mounting, I had a fully functional heat shield: 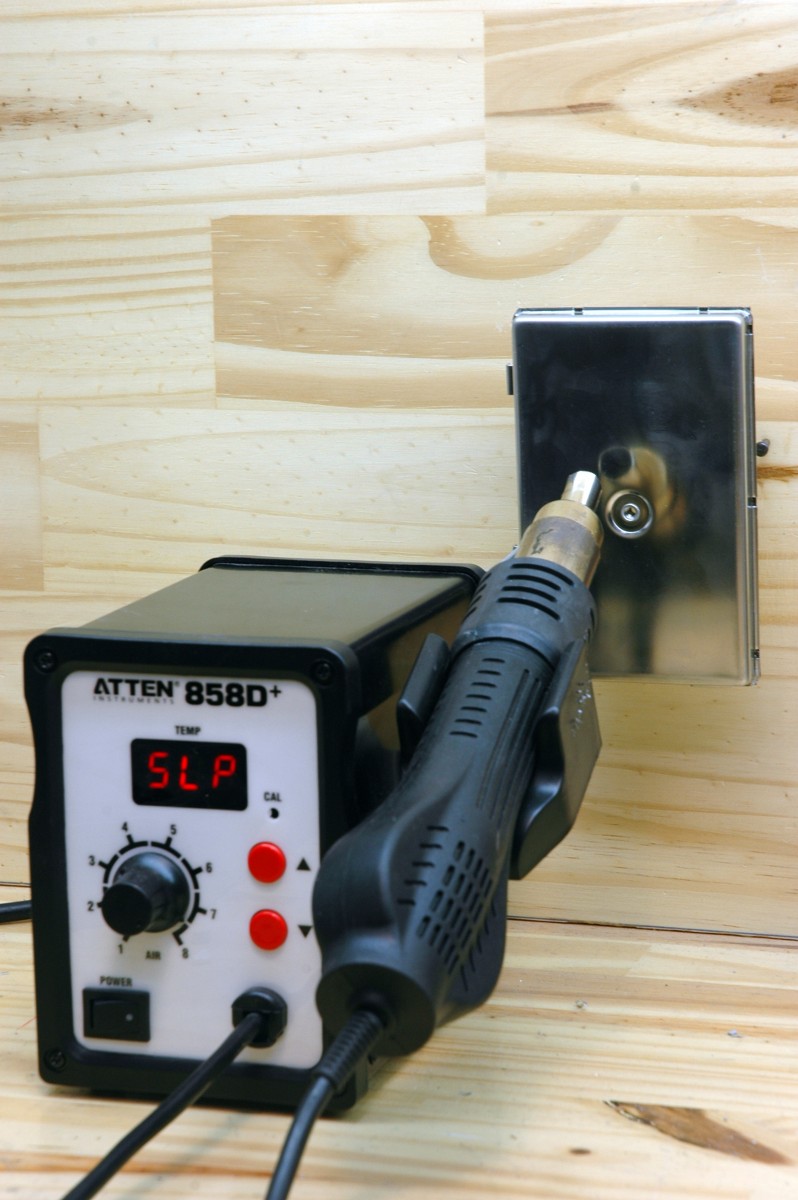 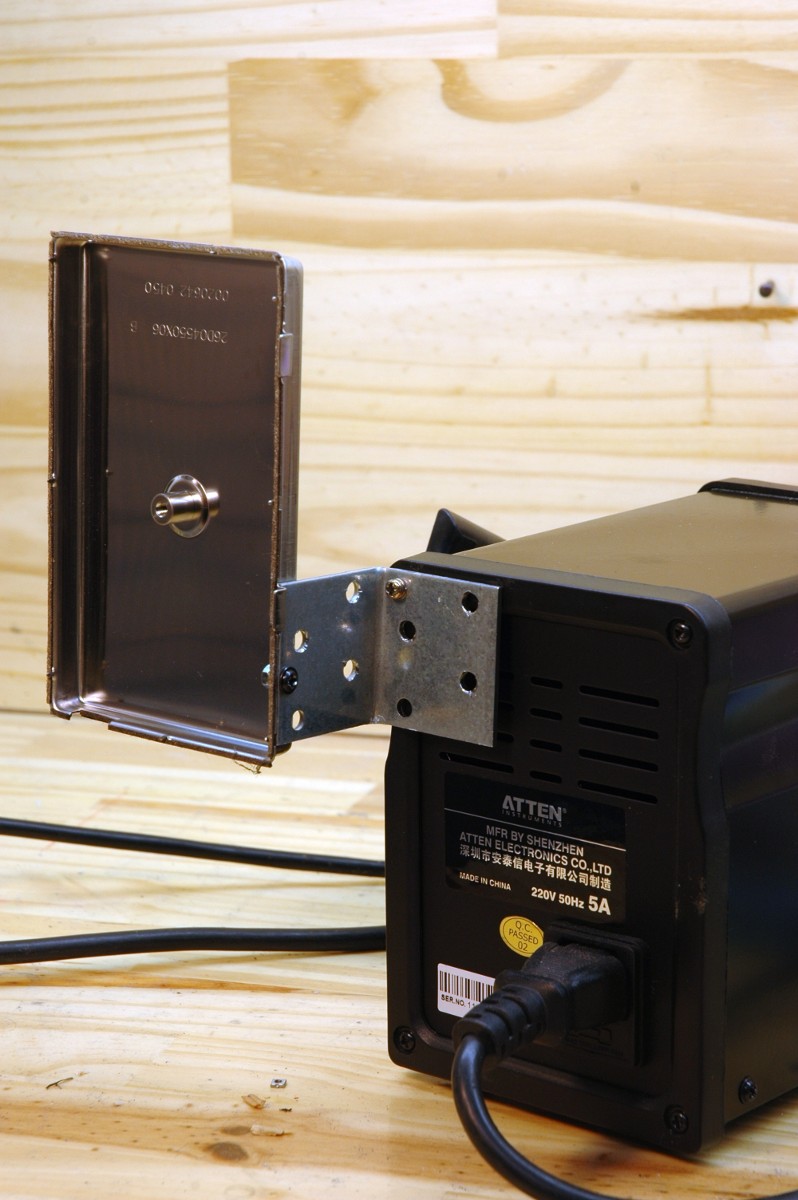 I have now moved the hot air rework station in a back corner of my bench, assured that it will not scar my nice wooden backsplash. Recycling FTW!